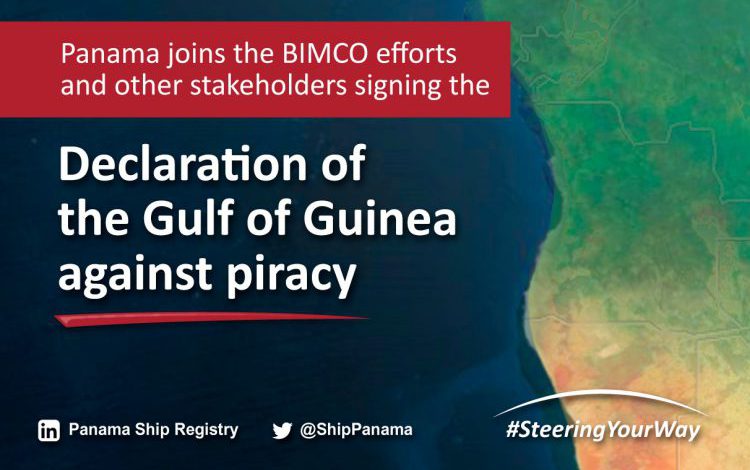 PANAMA—-June 16, 2021— Panama has signed the Declaration of the Gulf of Guinea, a document calling for further action, through a wide range of collective efforts, to urgently put an end to piracy in the Gulf of Guinea and provide security for its seafarers.

The Declaration was drafted in response to growing concerns about attacks in the region. It has been signed by maritime industry organizations, including flag state administrations, shipowners, charterers and shipping associations.

Panama as a flag state and a country committed to the seafarers’ welfare on board its vessels, signed the commitment and joined the coalition to stop the threat posed by piracy to the maritime industry, through concrete actions such as:

The issue of piracy in the Gulf of Guinea has been a significant problem over the last decade. Therefore, the signatories of this declaration believe that the number of pirate attacks and attempted kidnappings of seafarers can be reduced by at least 80% by the end of 2023. The Panama Ship Registry always stands ready to support agreements and actions to ensure the protection of its fleet.

UPDATE / 1st Edition – 2020 Validation through QR for your Registry Processes

Nineteenth meeting of the Conference of the Parties